Pinebrook Boulevard between 3rd Street and US 97 (Bend Parkway) will be closed on Saturday, November 7 for striping.  Badger Road, which has been closed during the day, will be open on Saturday.

On US 97, there will be lane restrictions at Pinebrook Boulevard to install crosswalk markings.

Finally, there will be striping work at the intersection of Pinebrook Boulevard and Brookswood Boulevard.

All work is dependent on weather.

Travelers wanting to go between 3rd Street and Brookswood Boulevard should use the new Murphy Road extension and overcrossing.

On Tuesday, October 27, Larkwood Drive will be limited to one lane in order to pave driveway approaches just north of Brookswood Blvd.  Traffic will be controlled by flaggers.

All work is dependent on weather.

The final step for this phase of the Murphy Road project will be to install a center median barrier on U.S. 97 at Pinebrook Blvd., and remove the traffic signals.  In the future only right in and right out movements at U.S. 97 and Pinebrook Blvd. will be allowed. All work for this phase of the project is expected to be completed by mid-December 2015.

The $27.7 million project has been funded through the 2009 Jobs and Transportation Act, which included a 6 cent per gallon gas tax increase.  To learn more about the project, visit: www.us97andmurphyroad.com

For more information contact Ryan Oster, Principal Engineer, at roster@bendoregon.gov or 541- 693-2134.  You can also visit bendoregon.gov/murphy for project information.”

The Road Department has evaluated operations upon normalization of traffic volumes at the conclusion of the project and determined that the 3-way stop will remain in place.

The Road Department utilized criteria established by the Federal Highway Administration’s Manual on Uniform Traffic Control Devices, or MUTCD, to evaluate whether or not a 3-Way Stop is the appropriate traffic control for the intersection. The MUTCD criterion considers traffic volumes, distribution of traffic on the intersection approaches, as well as vehicle approach speeds.

Deschutes County requests that drivers exercise caution in navigating the intersection as motorists continue to adjust to the change in traffic control.

The closing of the Colorado Bridge may not hit as close to home as the Brookswood Roundabout did, however it may affect the way you get around town.  Visit the Bend Parks & Recreation website for updates by clicking the link below.  The detour map is on the right side of this page.  Safe travels!

The Brookswood roundabout is opening on Friday, Sept. 4!

The Oregon Department of Transportation and the City of Bend are hosting a Neighborhood Appreciation Party and Ice Cream Social from 4:45 to 5:15 p.m., on Thursday Sept., 3, just outside of Lovejoy’s final summer Beer Garden. Free ice cream as long as supplies last.

Oregon Department of Transportation and the City of Bend appreciate the patience of the neighborhood during this construction project and want to join in celebrating the end of the construction season.

Look for the City of Bend table where you can visit with ODOT and City staff, learn more about the upcoming Murphy extension project and pick up some free prizes.

June 23, 2015 – Work is underway constructing storm sewer pipes under Brookswood.  It’s being done in sections to assure an evacuation route during construction if needed. Most underground utility work is done.  Curb and sidewalk work will begin in early July, followed by concrete sections being laid.  Work is on target and being completed as quickly and safely as possible by crews. 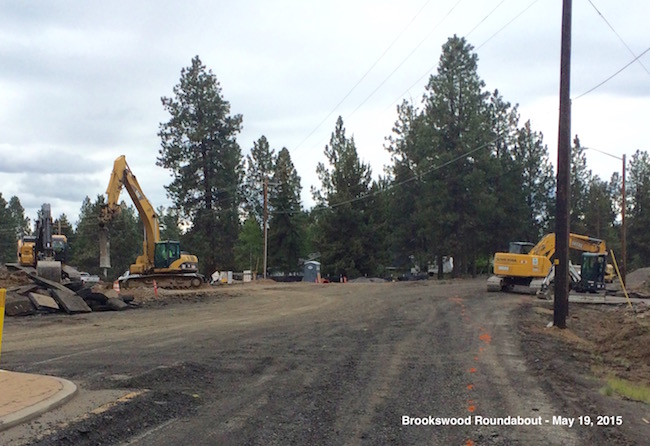 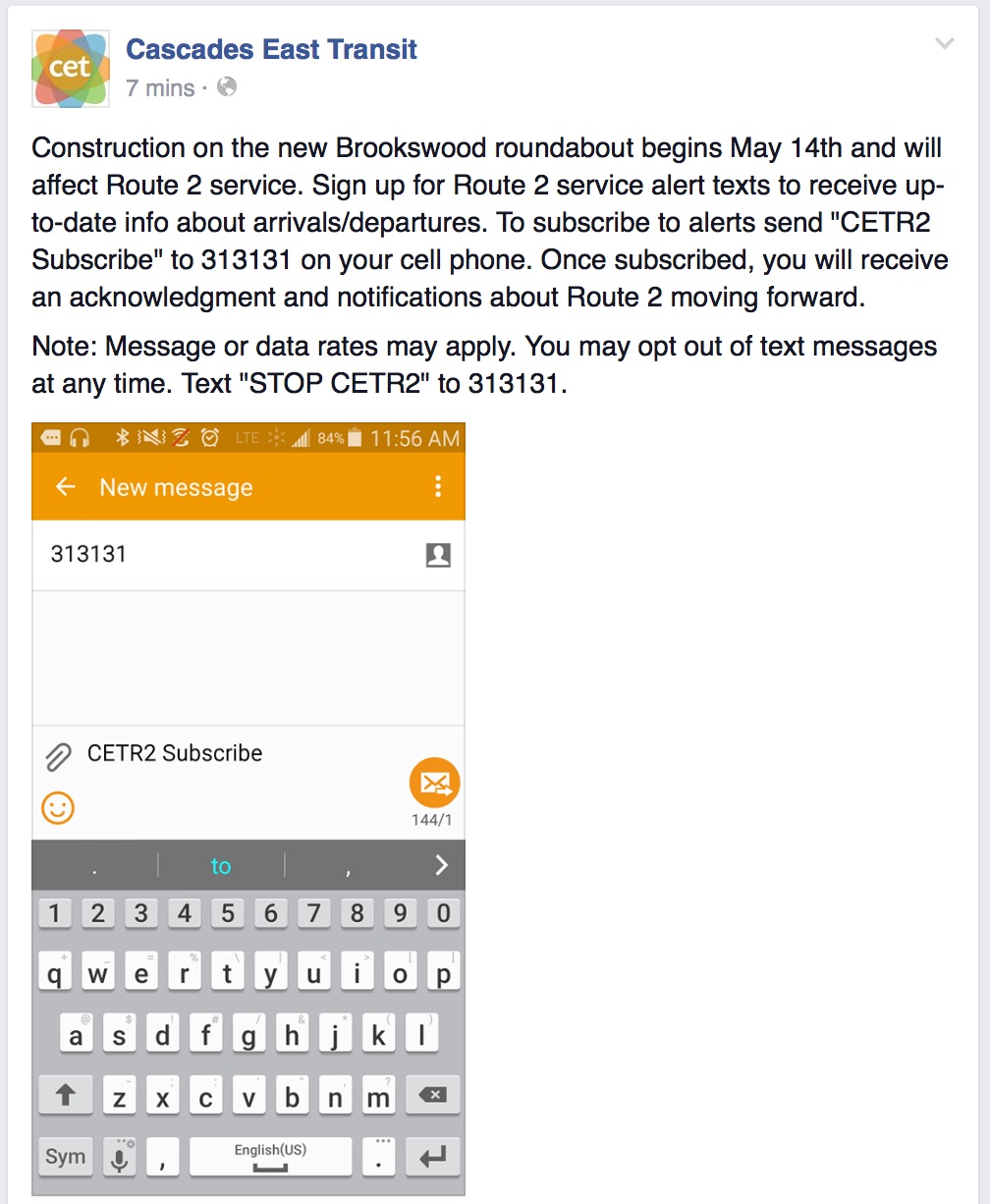 Update as of 5/5/15:
BNSF Baker Road Road Railroad Crossing Closure
May 11th to May 13th